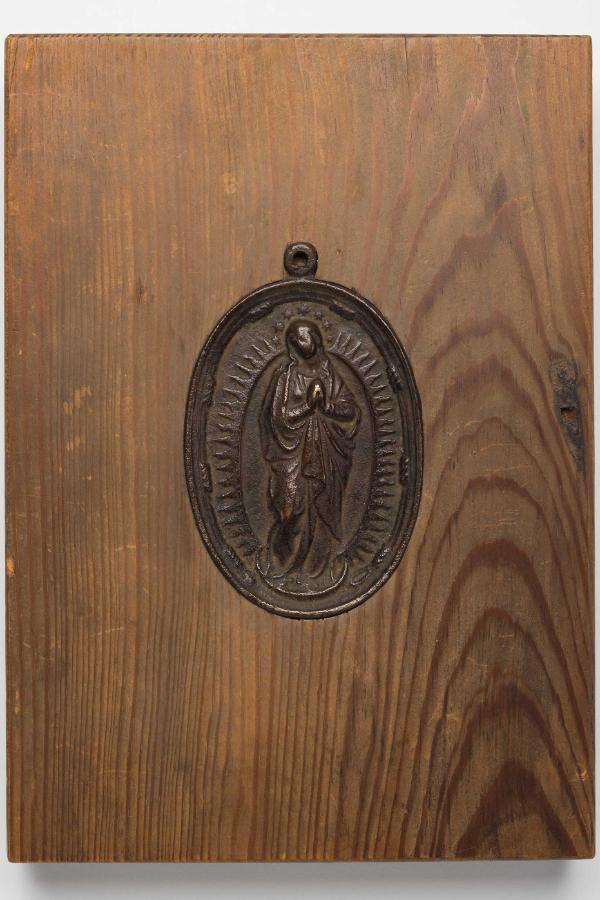 Courtesy of Brian and Sally Oxley

With both hands, he lifts the fumi-e and brings it close to his face. He wants to press his face onto the face trampled by so many people. The image of the man in the fumi-e, rubbed thin and hollowed by their feet, is gazing at the priest with sorrowful eyes, from which a tear was about to drop.

“It doesn’t matter,” the translator gave an impatient cry, ”this is just a formality.”

The priest lifts his foot, feeling a dull, heavy pain. It is not only for form’s sake. He is going to trample what he has believed to be the most beautiful and divine figure, most pregnant with the dreams and ideals of humanity. His foot is now throbbing with pain. At that moment, the man carved in bronze speaks to the priest: You may step on me. Trample on me. More than anyone else, I know the pain of your foot. Why don’t you? I was born to be stepped on by all of you, and bore the cross to share in all of your hurts.

The day broke as the priest set his foot on the fumi-e. A rooster crowed in the distance.

The bronze fumi-e in this floor was used by Japanese officials during the 18th century to bring believers to deny their faith in Christ. It was a form of psychological torture as profound as the physical torture undergone by those who refused.

The moment portrayed in this passage, newly translated by Miho Nonaka, is the climax of the novel. The officials are torturing and killing Japanese peasants because Rodrigues will not trample the fumi-e. And so, against every resolution he has made through his time in Japan, seemingly against every value and virtue of Christianity he would want to ascribe to himself, Rodrigues chooses to apostatize to protect Japanese peasants from torture and death. He steps on the fumi-e.

The Christ figured here, who suffers with, who would even give permission for Rodrigues to betray him, seems bewilderingly different than the strong and beautiful Jesus Rodrigues has always imagined. This is a Jesus of radical grace and a Savior who suffers. But at this moment, all Rodrigues can feel is the broken, horrible reality of his failure. Like Peter, he has denied Christ. And it is no mere formality.