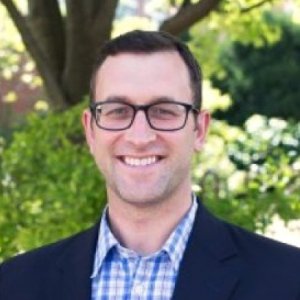 Dr. Beitler's research focuses on the rhetorical activity of truth and reconciliation commissions.

AREAS OF EXPERTISE AND RESEARCH INTERESTS

‘An Apologist and a Rhetor’: C.S. Lewis and the Ethos of Ecumenism

‘The Pilgrims’ Way’: A Call for Occasional Scholarship in English Studies

Writing for Residents and Resident Aliens: Christian Formation, Hospitality, and the Teaching of Writing

The Hospitality of Composition: Creating Habitable Sites for Writing on Campus

Records and Responsivity: Engaging a College’s Communities of Practice through its Archives

I’ve Translated You From the Dead’: The Rhetoric of Translation in Antjie Krog’s Country of My Skull

From Transitory to Transformational: Writing Center Praxis as Travel

Counterbalancing Contempt with Care: Identity and Identification in Antjie Krog’s Country of My Skull

Igniting Innovation: Teaching Literacy in the Art of Making New

“We Joined a World”: Identifying with the Rhetorical Tradition of Truth Commissions to Reframe the Past in Greensboro

Times They Are A-Changin’: Engaging the Citizen Scholar

The Midwest Conference on Christianity and Literature  Fort Wayne, IN

. | Review of "Approaches to Teaching Tolkien’s The Lord of the Rings and Other Works," edited by Leslie A. Donovan. VII: Journal of the Marion E. Wade Center.

edited by Leslie A. Donovan

. | Remaking Transitional Justice in the United States: The Rhetorical Authorization of the Greensboro Truth and Reconciliation Commission. Springer

. | Making More of the Middle Ground: Desmond Tutu and the Ethos of the South African Truth and Reconciliation Commission. Relevant Rhetoric: A New Journal of Rhetorical Studies 3.1 (Spring 2012): 1-22. Web.