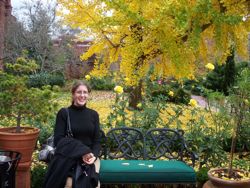 I am currently an autism resource specialist in a suburb of Washington, D.C. While not directly related to my studies as a German major, it was beneficial to learn how people acquire language, especially working with non-verbal students. It was also helpful to learn a second language because many of my students speak English as a second language. I can sympathize with how hard it is to learn a new language!

I think knowing about other cultures helps people relate to each other better and see situations from alternate points of view. One of the reasons I wanted to study German was to learn more about the world and how other people live. I also enjoy literature, so a German major was appealing.

While at Wheaton, I had the opportunity to do an internship with a history professor translating old letters written in German that were in a collection at the Wade center. It was quite an experience!

I continue to have an interest in language and culture, and over the years have studied basic Japanese, Spanish, and Italian. I currently use my German to pursue a hobby of mine: German-language opera. 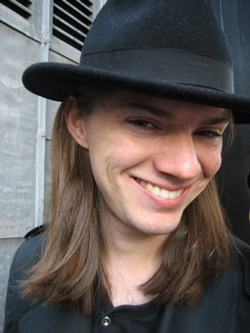 I graduated from Wheaton in '08 with a Philosophy/German double major.

My main job is at the company Agentrics in Chicago. There I am a customer support agent for our German-speaking customers, a few major retailers from Germany and Switzerland. We help them as needed with software problems as well as doing market research.

I also teach the fifth grade class at the Donauschwaben Society in Des Plaines and am a private tutor at the firm Nurturing Wisdom Tutoring Company.

I started taking German sophomore year to complement my philosophy major, but then I met my fiancé Jill in my junior year and our shared love of German encouraged me to make it my second major halfway through my senior year.

Thanks to Wheaton in Germany and Dr. Shaffer's Independent Study/The Literature Breakfast club, I somehow pulled off the double major. 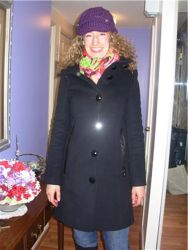 I came to Wheaton in 1998 with a focus on Biology, Kinesiology and Pre-Med, although Wheaton's German program was a factor in my school choice.

At the beginning, I only took German to fulfill my foreign language requirement, but I enjoyed it so much that it turned into a German minor. After the Wheaton in Germany trip, however, I decided to make it a second major; I am so very thankful that I made that choice!

After graduation in 2002, Dr. Shaffer managed to get me in to study at the Ludwig's Maximilian University (LMU) in Munich and I started a dual study program with Medicine at the LMU and Sport Science at the Technical University (TU). During hospital internships in Germany, I decided to step out of the Medicine program and continue with the Sport Science program. I finished studies in 2007 but had fallen in love with Germany. I stayed on teaching Pilates and working with private clients as a Holistic Health Consultant/Coach.

In 2008 I studied at the Institute for Integrative Nutrition in New York City and commuted between Munich and New York for class weekends, while continuing to work with clients in Munich. At the moment I am spending a time in Cambridge, Massachusetts with family, teaching and gaining some additional coaching/teaching skills before going back.

It is wonderful to enjoy time with family, but Germany now feels like home and I am eternally grateful for the role Dr. Shaffer has played in preparing me, developing and shaping who I have become today.