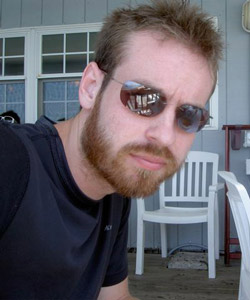 I am currently working on a Masters of Science in Applied Linguistics at the University of Edinburgh in Scotland. The focus is not on German; however, I still have many relationships that afford me the opportunity to keep up my German. I have not settled on a topic yet for my research, but I’m considering language used in the evangelical church.

When I completed my German major in 2005, I moved to Europe and received training in teaching English through a Cambridge University program. I received an offer to teach at a language school in Germany, which I accepted. I only intended to stay in Germany for a year, but ended up staying for 16 months. I taught managers and workers in many local businesses, including Daimler-Chrysler, Deutsche Telekom, Miro (the largest oil refinery in Germany), and many other technical and pharmaceutical companies.

The company provided me with a car, which made it easier to get involved in a local church. I played music for the local FeG (Free Evangelical Church) and had many good friendships with people in the congregation. When I moved to Germany, I was worried that I would not find a solid church, and by the end I felt like I was there to be a part of that church - teaching was just a job.

During my time there I made it a point to interact with the locals and to not get swept into the American groups. I left the language school, realizing that I needed to make the next step, but glad I had spent this time in Germany.

I am not sure what the future holds for me, but I am excited about the opportunities.

German started out only as a hobby for me. My family's German origins inspired me to revive the language that had been lost in my parents' generation. Once I started studying German, I just couldn't stop! I graduated from Wheaton in 2005 as a German major.

After graduation, I served as an intern with International Teams' refugee ministry in Traiskirchen, Austria for six weeks. I assisted at various programs, including Clothing Closet, Coffee House, and Computer Cafe, while building relationships with refugee women from Afghanistan, Iran and Nigeria through German and English language tutoring.

I am currently teaching Adult Basic Education: reading, writing and math for high school dropouts. The concepts of language learning that I acquired at Wheaton help me immensely in teaching my adult students to read and write fluently. In January 2009 I will begin a Masters in TESOL at La Salle University here in Philadelphia.

I enjoy meeting other German speakers and using my language and culture skills. Philadelphia has deep German roots that permeate the local culture and history. There are two German-speaking Lutheran churches in the city that my husband and I attend occasionally, and we sometimes participate in other German-language meet-up groups and activities in the area. When I have time, private lessons are a fun way to earn money and to keep up on my German. I have taught private German lessons from time to time for students ages 3 to 16 and classes for preschoolers at Immanuel German School and high schoolers at The German Society of Pennsylvania. I also worked as Administrative Assistant at The German Society.

My husband studied some German at the University of Pennsylvania, so we like to watch German films, speak together and read scripture in German.

Having learned a foreign language allows me to more easily learn an additional language, and to adjust more easily to other cultures. My husband and I live in a mostly Hispanic part of the city, but we are half a block from the local mosque where the large Arab Muslim population prays.

You'll never regret opening up your horizons to the fascinating diversity of our world, and increasingly, our neighborhoods, by studying a different language and culture! 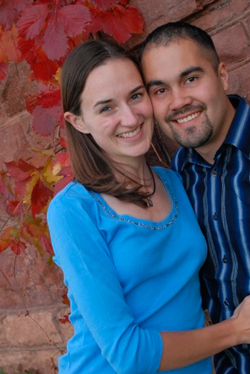 Life has been busy since I graduated from Wheaton, since moving to the Grand Canyon where I taught for 3.5 years, and now in my move to Arkansas, where I will be for at least the next year.

I got to use my German quite a bit when I lived in the Canyon, since there were many visitors from German-speaking countries. It was fun to also use it in my time with my students, teaching them phrases here and there.

Learning German has also helped me in teaching my students English, especially as I've gone on to pursue my masters degree in Teaching English to Speakers of Other Languages (TESOL), and with all the grammar courses that are a part of that.