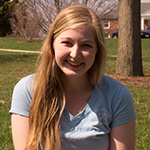 "My French professors not only taught me about the intricacies of language but also the intricacies of life. That is the advantage of learning languages - there is no particular subject constraint; you are free to discuss nearly anything while still improving upon your language skills.

Understanding another culture is extremely helpful when trying to understand one's own, giving new perspective on each aspect, including each aspect of a liberal education. It is very useful to understand a second culture and language in order to gain perspective on your native culture. The similarities, the contrasts, all shed new light on preconceptions and possible prejudices.

It is also surprisingly helpful to know French for reading classical English literature."

"Learning a language causes you to think outside of yourself and enhances all other learning. In that sense it was perfect for the liberal arts. With the guidance of my advisor I was able to specifically pursue the question of what missions can/should look like in various francophone countries." 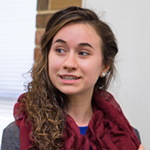 "I think the biggest benefit of learning French has been being able to communicate more effectively with a whole new group of people. I love being able to talk with people in their native language and translating in situations where two groups of people cannot understand each other. Learning about French culture has also helped me to better appreciate the diversity of opinions that exist throughout the world, and has reminded me that America does not always do everything right, and can learn a lot from other countries." 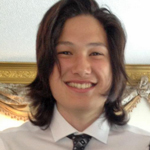 It has given me new perspectives on many issues and has really shaped my worldview! French is a beautiful language, but my knowledge of French is only a small portion of why learning this language has enriched my life. In other words, learning French was a gateway into developing a deep appreciation and curiosity of many other cultures.

The biggest benefit to learning French has really been the way it has broadened my worldview, and has equipped me with the tools to understand and interact with people and narratives from around the world." 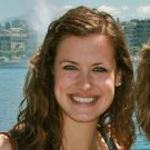 "From the beginning, I have always viewed language and my own abilities in them to contribute to my understanding of other cultures and potential to share Christ into those contexts. It was wonderful to have that nurtured while at Wheaton and to be able to take what I learned, on a broad scale, and translate it to some short-term work I've been given the chance to participate with in Italy.

I actually do not have a liberal arts degree as I graduated from the Conservatory of Music. However, I did complete the full French major requirement and have enough hours for the major. My French studies were without a doubt my favorite part of my academic experience at Wheaton, however, and they were a very welcome balance from my music classes."

"I was an English major with a French minor. Having the French allowed me to have a fuller understanding of language and communication in English as well. It also made my education in general more well-rounded. Learning another language makes your brain work in ways nothing else does. Living in another country expands your view of the world and other cultures tremendously." 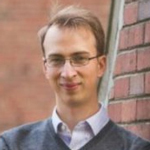 "Learning a foreign language is difficult, and as a French minor taking primarily math and economics classes, it was hard to find a balance between these very different areas of study. Despite this, I found studying French and participating in the Wheaton in France trip to be a very enriching experience. Learning another language, and learning another culture, helps make you a more rounded person, and it also enhances your appreciation of other people and their backgrounds. I think it’s helped me to be less focused on myself, my own culture, and what I think is the right way to do things, and enabled me to accept people more for who they are and appreciate them even if I don’t always see eye to eye with them."

Learn more about the distinctives of the French major program at Wheaton.

Learn what our students have gone on to do after graduation.