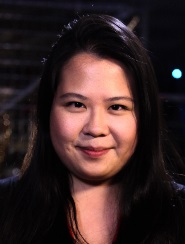 Hong Kong native Yeesum Lo graduated from Wheaton in 2009 with a Bachelor’s in English Literature and a minor in Biblical Studies and Theology. After Wheaton, she lived and worked in Los Angeles for a time, transferring to Sydney, Australia two years ago.

“I started in the entertainment business at NBC Universal in NYC as an intern during my final summer break at Wheaton,” said Lo. Her first job after graduation was with independent film producer Mark Joseph in Los Angeles, a connection she made when he lectured at Wheaton. It’s been a whirlwind journey for Yeesum Lo. She spent two years at the renowned Peter Stark Producing Program at the University of Southern California School of Cinematic Arts. She earned her Master of Fine Arts in Motion Picture Producing, interning for Al Gough and Miles Millar at Disney. This was followed by an internship at what was then called Reveille Productions, now Shine America. Her internship developed into a full-time assistantship for the CEO and a promotion to Business Development Manager for Shine America.  From there, she internally transferred to Sydney to work for Shine Australia. She is now Corporate Project Manager of Endemol Shine Australia and Word Producer of The Great Australian Spelling Bee, Endemol Shine Australia.

“In my role as project manager I work across all of our shows - The Voice, MasterChef, The Bachelor, The Bachelorette, The Biggest Loser and many more. I head up all research and competitive analysis, corporate brand and work on all external facing presentations for the C-Level Offices,” said Lo. “I’m also holding a second role as a Producer on our newest primetime show - The Great Australian Spelling Bee - something that my English major played a huge part in making me qualified for.”

Lo speaks fondly of her time at Wheaton and her interaction with favorite professor, Leland Ryken. “I went to Wheaton in England with Dr. Ryken and he also wrote my recommendation for grad school - which I am really grateful for. I will never forget being at the airport with him to fly to London and he told us that he would not be partaking in on-flight entertainment because the entertainment was ‘cheap and tawdry.’ That is a phrase that has echoed in my mind ever since--and likely for the rest of my career--as I try to produce television that Dr. Ryken could be proud of. When Spelling Bee was commissioned and then heralded as a wonderful way to reinvigorate the nation’s interest in literacy and proper language, I emailed Dr. Ryken and his affirmation definitely meant the most amongst all the other accolades I received.”

Lo shared some advice to those thinking of declaring an English major. “An English major is the best major you can get if you intend to work in . . . media of any kind. The screen—no matter what size—phone, tablet, monitor, television, cinema, is the new proverbial campfire and it is the place where human stories and legacies are now told, where the narrative of our civilization is passed on from generation to generation. In reality television, which is one of the largest genres in popular media, the backbone of an engaging reality show is the ability to tell the story of ordinary people living extraordinary lives. The study of literature is the only thing that can prepare you and educate you in how this has been done in the past, and only in understanding how stories were told in the ages that precede us, can we find the best way to tell them for the generations to come.”
Contact Us