"Pilgrim Imagination: Studies of the Image in Word and Time"

Literary critics and theologians alike have claimed that sustaining religious imagination in the modern world is a near-impossibility. Responding to them, my thesis explores the religious resonance (or lack thereof) in literary images from a line of representative New England writers from Bradford to Eliot. Amidst this exploration, I argue that religious images are painted upon the canvas of an apologetic argument for transcendence and an eschatological understanding of time: just as the material of its canvas alters the precise qualities of a painting, so artists' assumptions about these theological components profoundly shape their images' significance. I conclude that the argument from desire and inaugurated eschatology may point a way towards sustaining a religious imagination which, if not at home in the modern world, may be a hopeful pilgrim within it. 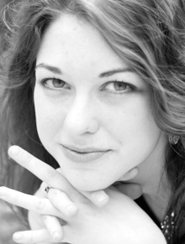 While my friends were studying for their last round of final exams in the weeks before Commencement, I had staked a claim to a table in Buswell, built myself a fortress of books, and huddled inside to deploy my fingers in typing "the thesis." Despite the craziness, it proved the best culmination to Wheaton studies that I could've imagined, creating a space for deep reflection on a question raised in the past four years that still intrigued me. Directing my own research and writing in preparation for an oral defense before professors who'd become mentors and friends forced me to hone the intuition, discipline, and long-suffering I will need for independent study and scholarship after Wheaton.