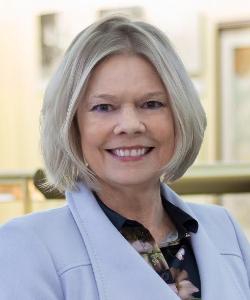 Crystal's first book, Writing Performances: The Stages of Dorothy L. Sayers (Palgrave 2004), was granted the Barbara Reynolds Award for best Sayers scholarship in 2009 by the international Dorothy L. Sayers Society. Sayers also informs her next two books, How Postmodernism Serves (My) Faith and Changing Signs of Truth (IVP Academic 2006 & 2012), which explore the relationship between cultural studies and Christianity. Crystal’s fourth book, Salvation from Cinema: The Medium Is the Message (Routledge 2016), assesses the field of “religion and film,” encouraging people of faith to acquaint themselves with film theory in order to better understand movies—not only as cultural statements but also as works of art.

Crystal returns to Sayers in her fifth book, which was honored with a starred review by Publisher’s Weekly. Titled Subversive: Christ, Culture, and the Shocking Dorothy L Sayers, the book explores the various ways Sayers speaks to Christians in the 21st century, from indifferent “nones” to passionate promulgators of polarizing rhetoric. Sayers, the book shows, can shock people into seeing the radically subversive truth of Christian orthodoxy in new ways.

In addition to her books, Crystal has published over ninety essays on topics ranging from deconstruction to the Amish, and her literary analysis appears in eight critical editions of canonical texts. Delivering nearly fifty juried papers at professional conferences, she has also been invited to serve as a keynote speaker at over forty conferences in North America and Europe. In her rare leisure time, Crystal enjoys hiking or bicycling through rural countryside, climbing up waterfalls, and exploring distinctive architecture.