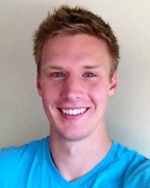 The very idea of “power” has earned itself a foul reputation, and understandably so. Both the fantasy of Lord of the Rings and the reality of systemic global injustice witness to power’s poison. But on October 15 in Barrows Auditorium, Andy Crouch set his sights on “Redeeming the Gift of Power” as something fundamentally good and even beautiful—something divine.

Crouch began by observing common trends in conversations about power among Christians. Some people are blind to the very existence of power dynamics in their lives—usually people with the most privilege. Others become acutely aware of power dynamics, but struggle to see their positive potential—often becoming perplexed and paralyzed. Crouch set the stage for a “more honest, more hopeful” conversation about power, which he conducted in three parts:

What does this mean for us as Christians? It means we live as image bearers of the creative God, who demonstrates what it looks like to rule without coercion and create beauty out of blah. Crouch condensed the idea of redeeming power by brining the imago dei down to two variables:

Authority without vulnerability is idolatry. This is our temptation. But Jesus Christ, “the image of the invisible God” (Colossians 1:15) in his birth and death, completely embodied both authority and vulnerability. As Crouch asked, “Was it vulnerable for the Creator to create the world? Did God expose himself to the possibility of loss in the act of bringing into being the cosmos? The wounds in the hands, feet, and side of Jesus in the presence of the Godhead even at this moment…says that yes, there’s something about being the Creator God that exposes one to wounds.” How did God the Son exercise authority over all things? By submitting himself to incomparable loss. And as a result, we have been “created in Christ Jesus.” (Ephesians 2:10)

Imitating him as image bearers, we too restore creation’s intended image with whatever power we are given—and embrace the inherent risks involved. As image-bearers, we become cross-bearers. We become ring-bearers who carry around great power, but use it for others because in the words of Samwise Gamgee, “There’s some good in this world, and it’s worth fighting for.” And perhaps more appropriately, worth suffering for. How can we know whether we are using our power coercively or redeeming it as a gift? Crouch invites us to ask ourselves:

“Who’s flourishing because you have your power?”

Ask yourself this question, and ask God. You may end up living your way into a better answer.