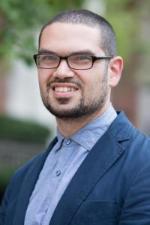 Reflection:
Sometimes the truth hurts. And sometimes it comes from unexpected places. I learned these lessons from an exchange with my former coworker, Larry the Pirate.

During a gap-year between my undergraduate and graduate studies, I worked for a contracting and maintenance company. My crew was small: Tim, the foreman, oversaw me and a guy we called “Larry the Pirate.” Yes, Larry did walk and talk like Captain Jack Sparrow; hence the title “Pirate.” But Larry was not a pirate—and his name was not “Larry.” In fact, I never learned his real name. Neither did Tim. Only our boss knew Larry’s true identity.

Larry needed this level of secrecy because a cartel had a hit out on him. Three years before I met him, Larry lived in Las Vegas, where he worked for a contracting company—and sold meth. As months went by, Larry started using meth. And one weekend he and several friends burned through $50,000 of meth he was supposed to sell. Lacking money, Larry fled.

Though he was always sober on the job, Larry wore his meth use. From walking like Captain Jack Sparrow to salivating over shipments of lightbulbs—out of which you can smoke meth—his body showed his scars. I took these scars to mean that Larry had nothing to teach me. I was wrong.

One day my wife Angela called me during work. I was in the shop with Tim and Larry when I took the call. “Nathan,” Angela began, “I think something fell off the car. But I don’t want to go back and check because the roads are covered in snow and ice.” “But it might be important,” I said, “so it doesn’t matter what condition the roads are in.” Angela patiently replied: “I don’t feel safe.” “Well,” I retorted, “it seems you’ve already made up your mind, so why did you bother calling me?!” And with that, I hung up.

Larry had been smoking a cigarette while eavesdropping on that conversation. Given our close proximity and the phone’s volume, he had heard everything. “Nathan,” he said while exhaling smoke, ”if you love your wife, don’t make her feel like a turd for feeling unsafe—especially in these driving conditions.” I was flabbergasted. Larry the Pirate was right; I had been corrected by a meth head. Swallowing my pride, I immediately called Angela back and repented.

I thought of this exchange with Larry during this summer’s CACE seminar. For if we learn to speak the truth with grace, we also learn of our need to receive the truth with grace. Augustine makes this point: “When necessity compels us to find fault with someone, let us consider whether we never had his vice; and then let us remember that we are human beings, and might have had it. Or that we once had the vice, but have it no longer. Then it touches the memory of our common fragility, so that our correction might proceed not from hatred, but from mercy. If, however, we discover the same vice to be in us, let us not scold him, but rather sigh deeply with him and invite him equally to repentance.” Larry and I are both sinners; we both need correction. I am glad he corrected me when I sinned against Angela. I needed that painful medicine.