“Things By Season Seasoned”: Shakespeare on Speaking Truth with Grace 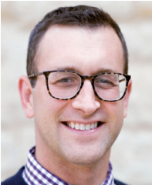 The importance of timely speech is a very old lesson. Ancient teachers of rhetoric, the study and art of persuasion, taught their students to consider timeliness when making and delivering speeches. Moreover, and more importantly for my purposes here, it’s a lesson that wasn’t lost on William Shakespeare.

One does not need to be an expert on Shakespeare to recognize how thoroughly he grasped the importance of timely speech. Shakespeare’s plays illustrate the power of the well-timed expression time and time again, and we could easily compile a long list of examples to prove the point. However, in what follows, I want to focus less on what Shakespeare does rhetorically and more on what he says to us about rhetoric and timeliness. We will look at the play that I typically assign in my first-year seminar at Wheaton College: The Merchant of Venice.

The Merchant of Venice offers us a kind of a master class on rhetoric.[1] As Jane Freeman has pointed out, Shakespeare uses a number of figures of speech throughout the play, including antimetabole, epistrophe, epanalepsis, asyndeton, anthypophora, and others.[2] But rhetoric isn’t simply on display in the play; it’s also one of the play’s primary subjects. Even as flowery figures unfold in the lines of the characters, Shakespeare invites us to consider three different perspectives on the relationship between rhetoric and truth. And as he so often does, Shakespeare repeats a key word to help us track the development of these ideas: he marks the relevant speeches with various forms of the word “season.”

Our first example of a “seasoned” speech comes from Portia’s suitor, Bassanio, who uses the key word while attempting to solve the casket riddle:

The world is still deceived with ornament.
In law, what plea so tainted and corrupt
But, being seasoned with a gracious voice,
Obscures the show of evil? In religion,
What damnèd error but some sober brow
Will bless it and approve it with a text,
Hiding the grossness with fair ornament? (3.2.74-80, emphasis added)[3]

This passage likely alludes to Paul’s letter to the Colossians, in which the apostle writes, “Let your speech be always in grace seasoned with salt: that you may know how you ought to answer every man.”[4] However, unlike the more nuanced view of rhetoric that we encounter throughout Paul’s epistles, Bassanio denounces it outright. He repeatedly rejects “ornament” and later “eloquence,” two words often conflated with rhetoric (3.2.74, 80, 97, 106). In doing so, Bassanio echoes a critique of rhetoric going back at least as far as the Sophists, who were famously accused of using rhetoric to “make the weaker argument the stronger.” This critique frames rhetoric and truth as opposites: rhetoric is equivalent to lying.

But that’s not The Merchant of Venice’s only word on the matter. Our key word appears again in Portia’s famous courtroom speech, and her words seem to temper Bassanio’s unequivocal critique of rhetoric:

The quality of mercy is not strained.
It droppeth as the gentle rain from heaven
Upon the place beneath. It is twice blest:
It blesseth him that gives and him that takes.
’Tis mightiest in the mightiest. It becomes
The thronèd monarch better than his crown.
His scepter shows the force of temporal power,
The attribute to awe and majesty,
Wherein doth sit the dread and fear of kings;
But mercy is above this sceptered sway.
It is enthroned in the hearts of kings;
It is an attribute to God himself,
And earthly power doth then show likest God’s
When mercy seasons justice. (4.1.181-194, emphasis added)

Portia’s speech is eloquent and ultimately efficacious. What’s more, it conveys a deep theological truth: God is both merciful and just. In light of the speech’s eloquence, efficacy, and truthfulness, Shakespeare appears to be giving us a more positive view of rhetoric than what Bassanio offers.

But it’s not quite that simple. For one thing, Portia disguises herself to deliver this speech, deluding her hearers even as she attempts to rectify the situation.[5] Worse still, Portia uses her skill with language to wrong Shylock. Though he certainly isn’t faultless, Shylock is forced to give up much of his wealth and become a Christian (4.1.376-389).[6] Scott F. Crider rightly observes that, as the scene unfolds, “[Portia] is neither just nor equitable, arguably even denying the principles of her own earlier speech on mercy….The latter end of her discourse forgets the beginning.”[7] Portia’s speech may be efficacious, but its ends are deeply problematic.[8] In this scene, then, Shakespeare gestures towards rhetoric’s potential to communicate the truth, but the speech falls short because its glimmers of truth are used to injure somebody.

The final passage with our key word supplies us with a twofer. No longer in disguise, Portia reflects on the relative nature of beauty with her attendant, Nerissa:

The crow doth sing as sweetly as the lark
When neither is attended, and I think
The nightingale, if she should sing by day
When every goose is cackling, would be thought
No better a musician than the wren.
How many things by season seasoned are
To their right praise and true perfection! (5.1.102-108, emphasis added)

Here is a third perspective on rhetoric, and it returns us to the topic with which I began this reflection—timeliness. Rhetoric, this passage implies, is neither a form of deception nor a tool for getting the results we want. Rather, in its concern for timing and context, rhetoric allows us to present things in the best possible light. It helps us ensure that the truth will get a good hearing.[9]

The Merchant of Venice thus brings three distinct ways of using rhetoric into relief. Rhetoric can be used to lie; it can be used to leverage the truth to accomplish immoral ends; or it can be used to give voice to expressions of the truth that will flourish at specific times and in particular seasons. Though Shakespeare does not ultimately offer us a definitive statement on which approach is best, the one we ought to aspire to as Christians is plain.[10]

Christians are called, of course, to “be ready in season and out of season,” and sometimes we may be required to share our faith at inopportune moments.[11] Whenever possible, however, we ought to endeavor to present the truth in ways that are relevant, that speak to the specific needs of our audiences and the particularities of their contexts. As Shakespeare knew, timing matters—and tailoring our words to the demands of the current moment can be a powerful means of showing grace to others.

Let me conclude by going one step further. Even as Christians strive to practice rhetoric that is timely, we should also recognize that our ways of telling time are fundamentally rhetorical. In my recent book Seasoned Speech: Rhetoric in the Life of the Church, I suggest that the liturgies of the church year offer us a wealth of rhetorical resources for bearing witness to the truth. Our yearly worship practices are rhetorical acts, and by faithfully observing the church’s times and seasons, we may come to know more fully what it means to speak the truth with grace.

[1]Shakespeare was seemingly well acquainted with the rhetorical training of his day. For commentary on Shakespeare’s familiarity with rhetoric, see Scott F. Crider, “Portia’s Powerful Tongue: The Ethics of Lady Rhetoric in the Merchant of Venice,” Arts of Liberty Journal, April 14, 2017, http://www.artsofliberty.org/portias-powerful-tongue-the-ethics-of-lady-rhetoric-in-the-merchant-of-venice/, par. 4, 10; and Joel Benabu, Rhetoric Review 32, no. 1 (2013): 27-43. I’ve found Shakespeare’s plays to be useful texts for teaching rhetoric, and one reason this is so is that his presentation of rhetoric is nuanced and complex. For more on this complexity, see Benjamin V. Beier, “The Art of Persuasion and Shakespeare’s Two Iagos,” Studies in Philology 111, no. 1 (2014): 36; and Russ McDonald, Shakespeare & the Arts of Language (Oxford: Oxford University Press, 2013), 43, 45-46.

[4]Col. 4:6 Douay-Rheims Bible. Both the Douay-Rheims Bible (1582) and the Coverdale Bible (1535) use the word “seasoned” in Colossians 4:6. However, while Shakespeare probably had access to these English translations, it should be noted that the translations that Shakespeare relied on more frequently—the Bishop’s Bible (1568/72) and the Geneva Bible (1560)—use “powdered” instead of “seasoned.” Wycliff (1382) has the Middle English “sauered” (savoured).

[5]Freeman, “‘Fair Terms,’” 171; Crider, “Portia’s Powerful,” par. 9, 22. Both Freeman and Crider comment on the fact that Portia conceals her identity, and Crider argues that Portia’s use of her disguise is actually an ethical act.

[8]Lee Oser, “Bad Christians in The Merchant of Venice: A Rhetorical Matter,” Literary Imagination 19, no. 1 (2017): 18; Crider, “Portia’s Powerful,” par. 5, 7, 9. Oser writes, “Portia and her friends exhibit many virtues. They are commendable in their own eyes, by their own customs and usages. But their pursuit of justice is flawed by the highest Christian standards. Honorable within honorable limits, Portia’s forensic brinksmanship is, from an ulterior perspective, an unholy game of rhetorical skill, where persuasion and judgment bear the grave weight of human imperfection.” Crider, meanwhile, maintains that Portia wrongs Shylock “accidentally,” due to her “ignorance of Venetian circumstances.”

[9]Crider, “Portia’s Powerful,” par. 22. Crider’s comments about these matters are worth quoting in full: “The art of rhetoric demands good timing. As Proverbs 15 would have it—the Hebrew text in accord with the Greek or Roman understanding of rhetorical kairos or decorum—“[A] word spoken in due season, how good it is!” (15.23)….By season seasoning the truth is the essence of rhetorical power. The ethical demand is that an audience must learn the truth; the rhetorical demand is that he learn it when it will be most persuasive.”

[10]This is not to say this use of rhetoric is easily accomplished. “What Shakespeare finally understands,” Crider rightly observes, “is that ethical rhetoric is a difficult achievement. In the ethical moment of disposing means to end, the rhetor is only imperfectly in command of a fallen world, and if this limitation can lead a woman of Portia’s moral and intellectual virtue to error in her sacrificing a tragic usurer to secure comic marriages, we ought not be overly confident in either the virtue of our own rhetoric or the exactitude of our own generic terms” (“Portia’s Powerful,” par. 24).