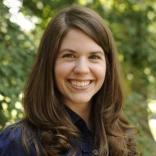 In his 2014 lecture at Yale Divinity School, “The Blue Note Gospel: Preaching the Prophetic Blues in a Post Soul World,” Otis Moss argues for a homiletics that is informed by the Blues. The Blues, he explains, is a historically African American artform that looks suffering straight in the eye, laments deeply, but notably, does not despair. Blues music doesn’t wipe away pain with trite expressions of hope. Rather, it wades deeply in the waters of grief, loneliness, and struggle, and then it slowly steps toward the shore, eyes fixed on the hope of tomorrow. It is this kind of song that preachers should be singing from the pulpit, Moss argues.

I’m struck by how relevant this concept of blue note preaching is to teaching, particularly the teaching of theater. I teach a Comedy and Tragedy course in the English department that invites students to study theater as literary critics (by examining the text), audience members (by attending performances), and as theater makers (by acting and directing). The Blues has provided me a lens through which my students and I can explore the relationship between Christianity and theater.

The directors at Wheaton’s Arena Theater—Mark Lewis, Michael Stauffer, and Andy Mangin—have taught me that acting is a means of advocating for a character. In other words, an actor cannot play a character, even a villain, from a position of judgment and disdain. Rather, it is the actor’s job to advocate for the character’s needs, no matter how flawed they are or how divergent they are from the actor’s own needs. In order to do this, the actor often will find a point of connection with the character—a way in which the actor’s own feelings, life experiences, or way of seeing the world intersect with that of the character.

I’ve often described this process of advocating to my students as a profoundly courageous and vulnerable means of loving our neighbor. The actor loves her neighbor-character so much that she is willing to step into her own shoes, see the world through her eyes, and recognize that the actor’s life and the character’s life connect in at least some small way. This experience, I pray, enables the student-actor to see that even the most seemingly despicable character-neighbors in their own lives are children of God, created in His image.

This process of acting aligns so beautifully with singing the Blues: the Blues singer and the actor must tap into memories, especially of tragedies, in order to share their art with truth. Through that process, the actor and the Blues singer’s imaginations are reshaped and a new way of seeing the neighbor is formed.

Perhaps most importantly, the Blues singer and the actor have a “blue note” impact on the audience. The Blues listener and the theater watcher remember their own tragedies when hearing and seeing the tragic sung and performed before them. The audience member is challenged by the Blues song and the play to imagine a life other than his own, to see shared humanity across differences.

One of the greatest American playwrights of the twentieth century, August Wilson, was greatly influenced by the Blues. Of the Blues, Wilson said, "Contrary to what most people think, it's not defeatist, 'Oh, woe is me.' It's very life-affirming, uplifting music. Because you can sing that song, that's what enables you to survive."

I regularly teach Wilson’s play Fences in my Comedy and Tragedy course. Many literary critics define the play as a tragedy because its form aligns so closely with Aristotle’s definition of tragedy in his Poetics. However, the play’s ending surprisingly deviates from the classical tragic structure. The play’s tragic hero, Troy, an African American garbageman in 1957 whose affair and tough-love parenting have isolated him from his family, dies—but notably, his suffering and death are not presented as the necessary consequences of his tragic flaw (per Aristotelian tragedy). Rather, the play ends with a hint at his family’s forgiveness of him, their reuniting for his funeral, and the heavenly gates opening up to welcome him in.

My students are often baffled by this hopeful, “comedic” ending to a play that otherwise seems to be a tragedy. Literary critic Myles Weber claims that the ending reflects the influence of the Blues on Wilson:

the blues… had seized hold of Wilson’s artistic imagination, conveying a sustaining power amid its mournful observations of black American life. This placed Wilson in a bind, for while Aristotelian Poetics instructed that Troy Maxson must thwart his own good fortune, the songs of Bessie Smith and other blues artists implied that black protagonists possessed the ability to endure.[1]

It seems that the Blues defy the parameters of comedy and tragedy, as does our Christian faith. The Blues ring loudly of pain while maintaining a hope in what is to come. And our Savior, Jesus Christ, who knows our suffering, who suffered on the cross for us, rose from the dead so that we can have the hope of everlasting life.