Yet evangelical? with global eyes 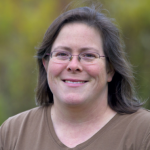 The May 2018 CACE seminar focused on Still Evangelical? Insiders Reconsider Political, Social, and Theological Meaning (ed. Mark Labberton), including lively discussion with two of the book’s chapter contributors.  The book’s eleven chapters by authors from across the U.S. evangelical spectrum grapple with recently augmented fragmentation and polarization within evangelical groups and movements in the United States.

Editor Mark Labberton notes that it is now “apparent that culture rivals the gospel in defining evangelical political vision; our sociological frame speaks louder than our theology” (1-2).  He asserts that in common usage, evangelical is now a “passionately defended theo-political brand” used in boundary-marking of purportedly theological lines, even as the discourse fails to acknowledge that such “theologized ideology” actually reflects socio-political context (3, 6).  Failure to recognize that one’s social location matters denies the totalizing implications of the Christian life: the reality that believing and living with “Jesus as Savior and Lord has to be worked into every dimension of our life—formed and socialized as we are in light of everything from our genes to our family, race, class, education, and more” (13).  Because following Christ should affect everything in a believer’s life, attention to different contexts and life circumstances is an essential part of the work of the church both locally and worldwide.  In this essay, I draw out several of the authors’ comments regarding global aspects and implications of the book’s central theme.

Tom Lin (of InterVarsity Christian Fellowship) reminds that the evangelical identifier does not belong to the U.S. church alone, but is used by Christian communities worldwide.  He notes that some people’s choice to “abandon the term is insensitive to [the global church, reflecting] the worst impulses of American exceptionalism and self-absorption” (186).  Recognizing Majority World church growth should produce humility in U.S. churches along with a desire to be discipled by Christians from other countries and from marginalized communities in our own nation (187).  Receiving such discipleship would provide timely and much-needed assistance to the current fragmentation at home.  “American evangelicals are compromised by our underdeveloped political theology, [so] we have much to learn about how to be disciples and citizens in pluralistic environments” with different landscapes of power and privilege, as well as learning “about reconciliation and justice from fellow believers who wrestle daily with the aftermath of genocide and ethnic cleansing” (187) as U.S. churches confront historic social and institutional sins (194).  Refusing to learn from the margins and clinging to church models that reflect “latent imperialism” (188) fail to recognize or to embrace how the Spirit is using Majority World Christians and global church movements to revive the U.S. church as well (189; also p. 82).

What prevents U.S. evangelical churches from receiving this learning?  Sandra Maria van Opstal (Grace and Peace Community) points to patterns and systems that often allow diverse voices—including their absence—to go unrecognized.  Using a memorable analogy of blood types, she notes that O negative blood is the universal donor; while all people can receive O negative blood, people with this blood type can only receive O negative blood.  “I learned that the universal theological donor is a white evangelical…always translating books into other languages, planting churches in other countries, [establishing] seminaries on other continents, and sending professors to teach global Christians.  And this donor never seems to receive from the global church” (126).  She notes that church leaders of color and from the Majority World are “not voiceless—just unheard” (128).  Allen Yeh (Biola University) comments that Western Christians too often fail to celebrate the urgently needed theological production in the Majority World, instead treating it with suspicion (118).  “Unfortunately, many Western evangelicals think that everything different is simply wrong.  But multiculturalism isn’t the same as heresy.  [F]or far too long the teaching only went one way.  Creeds and books need to be exchanged in both directions” (119).

Several authors remind us that God’s self-revelation to humanity rarely emanates from centers of power, but in and from the margins of society.  Robert Chao Romero (UCLA) cites his student’s comment that the experience of being despised and rejected, of being a vulnerable and marginalized foreigner, can enable one to understand Christlikeness (68-69).  Migrants are hurt by many U.S. churches’ apathy toward their suffering (69), and “evangelical silence is destroying” Christian witness in the world (71).  Biblical reflection reveals that “[m]igration is a source of God’s grace both to migrants and their host country” and churches (73-74).  Soong-Chan Rah (North Park University) suggests that North American [white] evangelicalism should unlearn and resist the un-Christlike exceptionalist urge to “triumphalism that focuses on a narrative of success and victory” and that treats the lived experience of suffering communities as a hindrance, as somehow inferior to comfortable, happy endings (84).  “We are not to seek triumphalism but the suffering servant on the cross” (Tom Lin, 192).

During the seminar, a faculty colleague pondered how churches would change if we decentered ourselves as the protagonists and became less beholden to secular respectability.  Timothy Larsen penned these reflections on the decline of [Western] Christendom: “[O]ur practical responses must be, first, to be witnesses by living as faithful followers of Jesus Christ.  By putting aside the sword and losing the worldly advantages of a profession of faith, we enter an era when it might be possible for people to know we are Christians by our love (John 13:35)” (171).  If freed from the burden of world power, the “church can lay down the thankless and distracting task of trying to control the wider society, of desperately needing to be ‘socially significant,’ and instead concentrate on being the church.  Such a theology means that we are not expecting to be always liked, always understood, even always tolerated, by the surrounding culture, and therefore we are free to tell our story and live by our disciplines without being continually anxious for these to appear explicable in the eyes of our neighbors” (171).