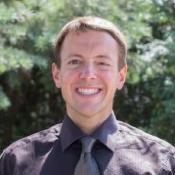 Am I an evangelical? Social science understandings and personal identities

I recently talked with someone who did not want to identify as an evangelical, particularly given the label’s recent political connotations. However, when I ticked off the evangelical boxes they met – attending certain churches, holding particular religious beliefs, and numerous life decisions and practices - I became more convinced that this person would fit into almost every evangelical understanding devised by social scientists. But, as a sociologist I was not going to be able to convince this person that the label evangelical applied to them if they did not claim this identity and group as their own.

One issue that social scientists regularly face is developing useful categories for understanding and explaining social phenomena that also fit on-the-ground understandings people hold. When social scientists say over 25% of Americans are evangelical Protestants (according to the Pew Religious Landscape Survey), would every individual classified as evangelical claim that identification? Probably not. This presents researchers with a tension: correctly identifying real patterns while also reflecting an ever-changing social world and how people and groups themselves understand their own identities and circumstances.

To explore how sociologists grasp the concepts of conceptualization and operationalization, the students in my sociology Research Methods class read an article titled “The Measure of American Religion: Toward Improving the State of the Art.” Published in 2000, over 1,000 later scholarly works have cited this study. The paper emerged from discussions with leading scholars in the field of measuring Americans’ religiosity through surveys, conversations that included long-time Wheaton political science professor Bud Kellstedt. The paper proposed replacing a fundamentalist-moderate-liberal religious schema used by the General Social Survey with a typology known as RELTRAD based on the theological beliefs and historical trajectories of denominations. Based on the respondents’ affiliation, “The Measure of American Religion” argues for placing respondents into six religious traditions: evangelical Protestant, mainline Protestant, black Protestant, Catholic, Jewish, and Other.

Such a typology cannot pick up all the nuances of American religious identification. Other scholars utilize different measures that capture additional important dimensions of religiosity. The RELTRAD authors note numerous issues they encountered. For example, where do non-denominational attendees fit? (They are categorized as evangelical Protestant.) Using statistical models to predict several measures of religiosity, political and economic beliefs, and positions on cultural issues like abortion and sexual morality, the authors argue their new schema is an improvement over the previous model.

Students often ask a number of good questions after they read this article. Is the Other category useful since it is made of so many groups? Do entire denominations easily fall into either mainline or evangelical Protestant groups? Where would newer religious groups in the United States like Asian Protestants or African Christians fit into these groupings? As the authors suggest at the end of the article, measures of religiosity should adapt as society changes.

These questions in class also regularly turn back to personal identities. Would sociologists classify me as an evangelical even if I do not see myself as one? Am I an evangelical if I attend an Evangelical Lutheran church or an Episcopal church (both denominations fall into the mainline Protestant tradition)? When students arrive on the Wheaton College campus, they likely have different relationships with the term evangelical. Some would identify with or know other terms such as Pentecostal or charismatic or fundamentalist or conservative Christian. Others identify as evangelical but know little about the history of the term or what it implies. Even attending an institution like Wheaton College that references “evangelical Christianity” and “the evangelical movement of recent years” in its Statement of Faith does not guarantee that students or employees would choose to call themselves evangelical even if their institutional affiliation suggests as much.

For social scientists, religious groups, and individuals, balancing measurement and categorization alongside shifting identities and societal understandings of particular groups is a difficult task. It can be hard to boldly proclaim to be of any religious tradition when American society also celebrates religious individualism. Of course, categories and institutions change: over its history, Wheaton College was linked with Wesleyans, Congregationalists, and abolitionism at its founding, fundamentalism in the early decades of the twentieth century, and then became part of the American evangelicalism that emerged in the second half of the twentieth century. Individuals also go through different stages of life. Yet, having useful and valid categories by which to understand the broader patterns in society is necessary since these forces affect us all and they can help explain past and current religious behaviors, belief, and belonging. Even if now we can only “see through a glass, darkly,” we can continually aim to better refine our existing categories and explore new ones to better comprehend our religious beliefs and actions.