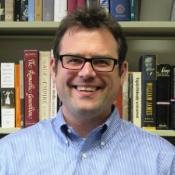 As someone who studies modern European history and teaches classes on the Holocaust, I am painfully aware of the dangers of Christian supersessionism. In its most extreme form, supersessionism is the belief that the new covenant in Christ supplanted God’s covenant with Israel—that the Church replaced Israel as the people of God. During the Middle Ages, this idea was used to justify the persecution, denigration, and expulsion of Jewish minorities; it found expression in the Church teaching that Jews bore a collective “guilt” or “curse” for having allegedly “killed” Christ. In the modern period, supersessionist theology became a founding assumption of Christian nationalism, enabling countries to imagine themselves as “chosen peoples” elected directly and independently by God. Forgetting the long and complex history of God’s covenant with Israel—or, in many cases, misreading that history so as to justify antisemitism—politicians and clergy dispensed cheap grace to their nations. They proclaimed a providential election based on innate merit; they insisted on the “manifest destiny” of their own “peoples” to possess “living space”; and they conflated Christianity with European cultures, traditions, and power structures.

I am especially familiar with supersessionism in the context of late-nineteenth and early-twentieth century Germany. During this period, many Protestants came to see the German nation and its “created orders”—state, Volk, race—as the embodiment of God’s will and the expression of God’s creative spirit. Both conservative and liberal voices interpreted the Protestant Reformation as a distinctively German purification of faith—a distillation of religion to a Christ appropriated inwardly, rather than via “external rites.” Many theologians and biblical scholars contrasted the “spiritual essence” of the New Testament with a purportedly “legalistic” or “materialistic” Judaism. These contrasts were tinged with the era’s pervasive antisemitic prejudices. In right-wing circles there was growing talk of a “German God” and a “German faith”—of a national religion that would either supersede Christianity or purge it of Jewish influences. By the 1920s, these impulses contributed to the resurgence of the Marcionite heresy, as the ultra-nationalist “German Christian” movement sought to remove the Old Testament from the Bible and prove that Jesus was not Jewish.

Despite my familiarity with this particular story, it was only this past spring—when I had the chance read and discuss Willie Jennings’s The Christian Imagination: Theology and the Origins of Race—that I came to realize just how widespread supersessionist assumptions have been in modern Christianity. Jennings’s book offers a sobering account of how colonial power—power over bodies, power over natural resources—came to distort the social and theological imagination of the Western Church. Forgetting their status as gentiles adopted into the kingdom of God, many European Christians came to imagine themselves as the authoritative standard by which all other people should be measured. They fancied themselves the teachers of the human race, placing colonized and enslaved peoples in positions of permanent tutelage. While vernacular translation made the bible accessible to more readers than ever before, it also fostered insular, possessive, and selective readings of scripture that worked to legitimize state, nation, market, and “race.” The emerging hierarchies of modernity—including the brutal realities of white supremacy—remained unquestioned at precisely those points where the particularities of the biblical witness might have challenged them.

Jennings sums up supersessionism with a powerful phrase: “gentile forgetting.” This, he suggests, is the tendency of Christians to forget that we are “guests in Israel’s house,” that we have been invited, through Jesus, to share in an ongoing story of God’s redemption of Israel. Particularity and difference are central to this story, for it was only in and through the experience of Israel—including its experiment with sacred kingship—that the God of Israel revealed himself to be beyond all human attempts to sacralize politics and naturalize power. And it is only through this biblical witness that we encounter a God who yearns, against all human expectation, to enter into loving relationship with humanity, reaching out again and again to those at the margins of power.

“Gentile forgetting” thus blocks a fundamental experience of God’s grace—that of being invited, with all of one’s own particularity and difference, to join in the joy of God’s people. To remember that we are gentiles returns us to the miracle of Pentecost—to the great joy we experience as recognize our need for each other’s deeply embodied particularity and difference. Sharing the Gospel is not a hierarchical relationship between teacher and student. It is an invitation to celebrate together as equals, as guests who have unexpectedly been invited to a banquet. As Jennings puts it, “right relationships… are those that invite new patterns of life woven through and by means of the deep structures of Christian faith slowly opened through ongoing interpretation and struggle. Those relationships involve deep joining, the opening of lives to one another in love and desire.”