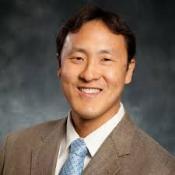 You Are Where You Live: Proximity and Christian Formation

How could Bible-believing Christians justify slavery in the years leading to the Civil War? How can we avoid similar mistakes? These questions have vexed me since I began teaching Christian Ethics, a required course for majors in Biblical and Theological Studies. One of my goals in this course is to teach students how to apply the Bible to contemporary moral issues in a manner that avoids the errors of the past.

Yet as Mark Noll argues in The Civil War as a Theological Crisis, the defenders of slavery had stronger arguments than we would like to admit. The Old Testament condones slavery, and there is no explicit prohibition of slavery in the New Testament. Slave masters during the time of the apostles received baptism and participated in the life of the church without giving up their slaves. In the one New Testament instance where Paul faces a concrete question about a runaway slave – Onesimus – he sends him back to his master, Philemon.

Of course, there are responses to these arguments. Unlike the American version, Roman slavery was not race based. The New Testament stresses the equality of slaves and masters before Christ, setting a moral trajectory that leads naturally to abolition. And Paul’s words to Philemon could easily be read as a warning against retaining Onesimus in slavery, even if he does not explicitly demand Onesimus’s freedom.

Still, these intellectual arguments do not address the existential problem of the American situation. As historians have documented, it was Christians who bought and sold black bodies. It was Christians who prevented slaves from reading the Bible, lest they learn of their value before God and then revolt. And it was Christians who legitimated these practices by stressing Paul’s commands that slaves submit to their masters. Slaves who pursued their faith faced persecution from other Christians who affirmed the authority of the Bible and a literal, plain sense hermeneutic. What broke down on the path between these theological commitments and slave masters’ hypocrisy?

In The Christian Imagination, Willie Jennings traces this problem to the colonial period, which radically severed the natural links between identity and place. As Africans were torn from their land, thrown into slave ships, and sold in unfamiliar lands, colonizers developed a system for categorizing people according to a spectrum. Darker skinned individuals were subhuman while lighter skinned individuals represented humanity’s ideal. This racial scale distorted the colonizers’ theological vision, such that so-called Christians could no longer perceive the humanity of those they enslaved. Their manipulation of Scripture thus arose not from exegetical imprecision, but from a prior moral failure.

But this account raises troubling questions about Christian formation, a topic that has garnered much evangelical interest in recent years. Jamie Smith set the stage for this discussion with Desiring the Kingdom, whose insights he has now developed and distilled in You Are What You Love. Against Enlightenment understandings of the self, Smith argues that humans are not primarily agents of thought but of desire. This is not to suggest that humans are irrational or that the affections operate in isolation from the mind. Rather, following Augustine, Smith foregrounds love as the energy behind human activity and the locus of behavioral change. People do not first cogitate about morality and then obey the dictates of reason. They find themselves attracted to perceived goods and arrange their lives to secure them. So the goal of Christian formation is to nurture the right attractions and not just the right ideas.

What strategies best accomplish this end? Smith’s answer is liturgy, a term he defines to include a wide range of practices outside traditional church settings. Liturgies can form us badly or well. The shopping mall trains us to identify happiness with material goods. Conversely, the church calendar shapes our yearly rhythms around the death and resurrection of Christ. Some practices produce confused effects. The use of a smartphone to read theology may seem innocuous, but the immediacy of content – even biblical content – can foster impatience and self-centeredness, such that we begin to believe all external stimuli should be directed toward what we want now. The challenge is to discern which liturgies direct us toward Christian faithfulness.

As an Augustinian, I concur with many of Smith’s judgments, which I consider a considerable step forward from purely intellectualist approaches. But I also think there is a missing piece to Smith’s proposal that Jennings insightfully supplies. Though Smith stresses liturgy’s communal dimensions, he does not ask how the material compositions of our communities shape us. To put it sharply, it is quite possible to participate in the practices Smith commends and still remain racist and elitist. Biblical teaching, community service projects, ascetic disciplines like fasting and prayer – none of these practices will challenge our xenophobias if we engage them in only wealthier white contexts.

But such communities are the norm for many Christians in the United States, where only 10% of our congregations meet sociologists’ definition of racial diversity. This lack of diversity is a problem, for it is not just practices that shape us; it is the communities we engage. And these communities reflect the places where we live. Those who live in wealthier white neighborhoods will naturally participate in schools, churches, and other organizations of the same demographic, where promoting diversity often feels like an uphill battle. As Beryl Satter and Mark Mulder have shown, attending especially to Chicago, the prevalence of ethnically exclusive enclaves is no accident. These communities arose through a complex web of factors, including federal housing discrimination, exploitative real estate agents, and Christian complicity in white flight – as well as the powerlessness of those who fought for integration but could not overcome the systemic forces that conspired against it. It is worth asking how the segregations that have come to define American Christianity have compromised our ability to engage with contemporary social issues.

Untangling these structures will require nothing less than the power of Christ himself. But Christians have little choice to try, if they desire the joining of communities Jennings commends. They might also take heart that this is not just Jennings’s vision. Reconciliation was at the core of Paul’s mission to build up a new humanity in Christ. “There is neither Jew nor Gentile, neither slave nor free, nor is there male and female, for you are all one in Christ Jesus” (Gal 3:28). The restoration of place begins with the gospel, which bears special opportunities for the Wheaton and Chicago contexts. I am grateful to the Center for Applied Christian Ethics for hosting a rich interdisciplinary discussion about where they might be.