Welcome to the BGC Archives 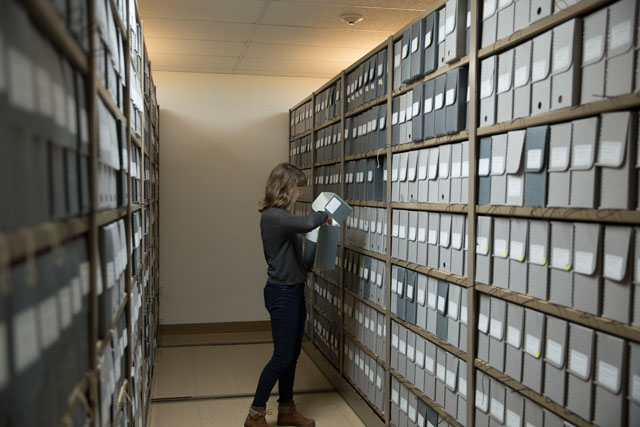 Read the BGC Archives' Collection Development Policy and learn more about our mission and collecting goals.

In the 1960s, Rev. Billy Graham began to consider establishing an official repository for the BGEA’s records, after receiving invitations from the Library of Congress and other institutions to house the organization’s archives. As a result, Graham and the BGEA staff developed a plan to create the Billy Graham Center in collaboration with Wheaton College, which would function both as an institutional archive for the BGEA and as a strategic evangelism institute, comprised of leadership and evangelism training and other specialized programs to support mass evangelism. Together, representatives from the BGEA and Wheaton College approved a collection development policy to guide the BGC Archives’ collecting strategies, focused on documenting North American, Protestant, nondenominational efforts to spreading the Christian gospel. This policy broadens the Archives’ collecting range to North American agencies and individuals working in global contexts, such as China Inland Mission, Latin America Mission, and Africa Inland Mission, among others.

After the Billy Graham Center underwent a major reorganization in 2014, the Archives moved under the administrative umbrella of Buswell Memorial Library, which includes two other research repositories—Wheaton College Special Collections and The Marion E. Wade Center. Since its founding in 1975, the BGC Archives has had two directors, Bob Shuster (1975-2002) and Paul Ericksen (2002-).

Planning a visit to the BGC Archives? Find more information about our hours, location, and policies.