In January, Dr. Philip Ryken traveled with a team of Wheaton staff and alumni to Korea in support of the College's strategic priority to globalize a Wheaton education.

Globalizing a Wheaton Education in Korea

When Dr. Billy Kim, chair of the Far East Broadcasting Company (FEBC), visited Wheaton in 2013, he invited President Philip Ryken ’88 to visit Korea to share the gospel and advance the kingdom mission of Wheaton College. In January, 2015, Dr. Ryken took him up on the invitation and traveled to Korea along with musicians Nathaniel Olsen ’11, Julianne Olson and Dr. Mary Hopper ’73. Also traveling with the group to provide interpretation, translation and cultural insight was Dr. Chandler Im, director of Ethnic Ministries at the Billy Graham Center for Evangelism at Wheaton College. 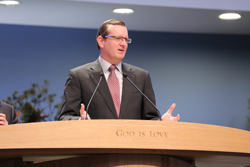 A primary goal of the trip was to support the College’s strategic priority of globalizing a Wheaton educationby introducing Wheaton to Christian church and education leaders in Korea. To that end, President Ryken took advantage of every opportunity, speaking nearly twenty times during the ten day trip. He was invited to preach in some of the largest and most influential churches in Korea, including SaRang Community Church and Yoido Full Gospel Church, opportunities which Ryken characterized as a “huge privilege and a big help.”

Nathaniel Olson and his wife Julianne used their vocal talents to lead worship and to perform in public concerts. Dr. Hopper participated in an international music festival in Seoul and explored opportunities to take Wheaton music ensembles to Korea in the future, as well as provided accompaniment for the Olsons on occasion.

Connecting with Pastors and Church Leaders

One of the many highlights of the trip included the chance to meet with Dr. Billy Kim of FEBC (who holds an honorary doctorate from Wheaton); Dr. David Kim, President of Torch Trinity Graduate School in Seoul (and former president of World Evangelical Alliance); and Rev. Paul Yonggi Cho, founding pastor of Yoido Full Gospel Church, the largest single church in the world, with over 500,000 members. 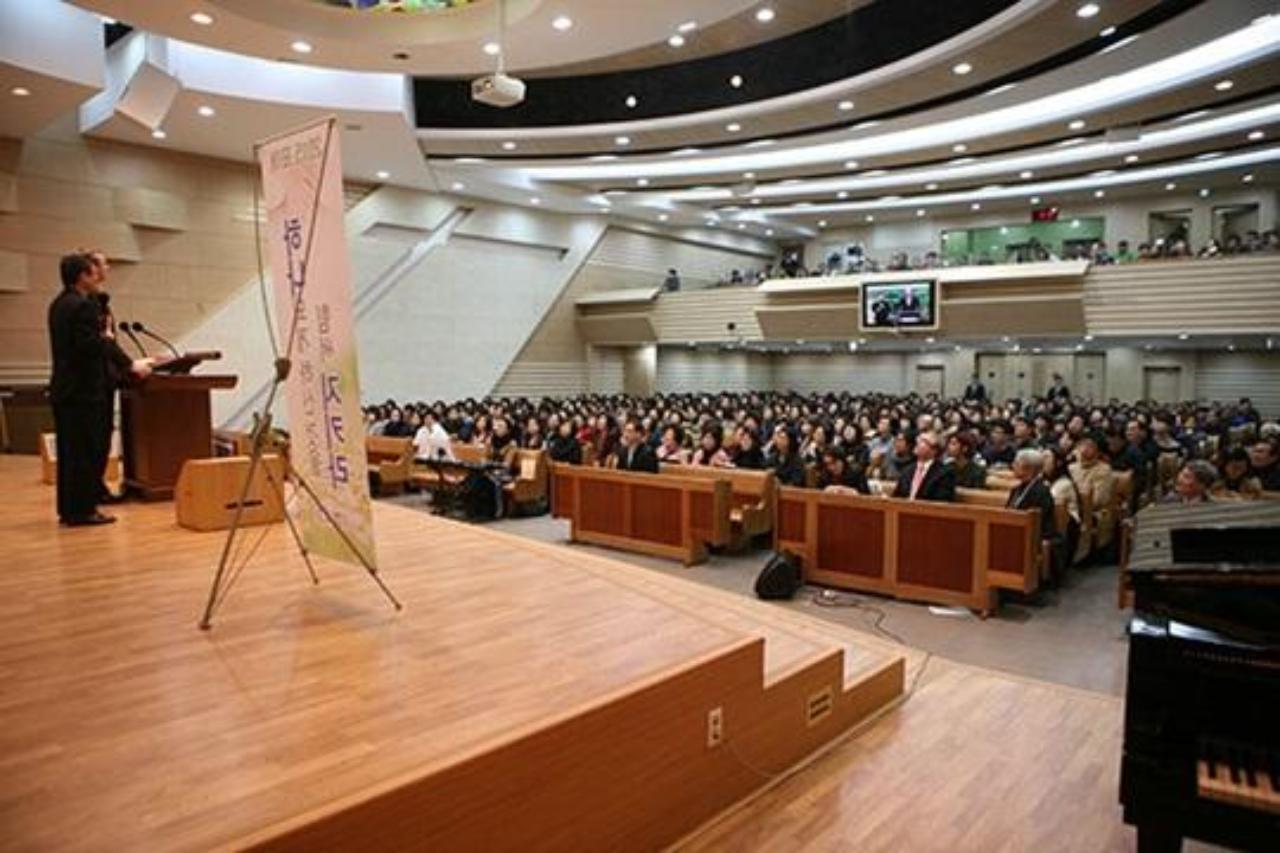 The Wheaton team also attended a gathering of presidents of Christian institutions, which included a meeting with Hwang Woo-ye, deputy prime minister and minister of education for South Korea. Later they also met with Suh Byung-soo the Mayor of Busan, the #2 city in Korea and a sister city to Chicago.

Another key strategic purpose for the trip was recruitment. President Ryken spoke at several public information meetings with hundreds of prospective students and their parents about Wheaton, Christian higher education and what it’s like to study in the U.S. At Taejeon Christian International School, he met with the principal, counselors, teachers and staff and spoke at chapel. 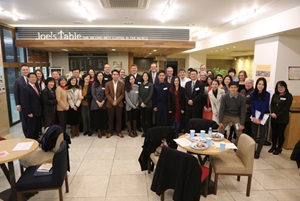 On January 20, several dozen alumni gathered for a dinner and a chance to reconnect at the FEBC building. Alumnus Eric Youn ’11, an interpreter and English instructor with the Republic of Korea Air Force, even took two days off so he could take the five hour one way bus ride from his base to join the alumni gathering in Seoul. The group brainstormed ways that alumni could be more involved in recruiting new students.

Perhaps one of the most exciting outcomes of the trip was strategic partnerships forged with other higher ed institutions. Letters of intent were signed to explore faculty and student exchange with Handong University and Baekseok University. Wheaton has also received seed money for a scholarship fund for Korean students, with a challenge to match the $100,000 that friends in Korea hope to contribute. The scholarship will be named after Dr. Billy and Mrs. Trudy Kim. 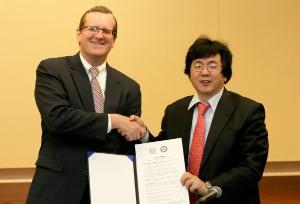 “This was an exceptional trip for Wheaton College because we were able to make such significant connections on so many levels,” said Dr. Ryken. There are plans for another trip in 2016 to continue building connections in Korea, Indonesia, China, Malaysia, Singapore, Taiwan and other countries throughout Asia.

The Future of Wheaton

Learn more about Wheaton's strategic vision for the future as defined by President Philip Ryken.

Visit Undergraduate Admissions to learn more about applying to Wheaton for your undergraduate degree.

Visit Graduate Admissions to learn more about applying to the Wheaton College Graduate School for your graduate degree.